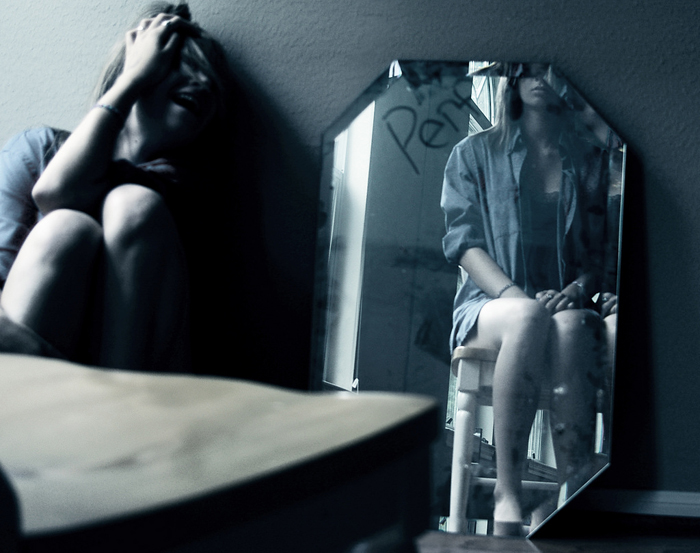 According to the DSM-IV. delusional disorders are characterized by false beliefs with a plausible basis in reality. Formerly referred to as paranoid disorders, delusional disorders are known to involve erotomanic, grandiose, jealous, or somatic themes as well as persecutory delusions. Some patients experience several types of delusions; other patients experience unspecified delusions that have no dominant theme.

Delusional disorders commonly begin in middle or late adulthood, usually between ages 40 and 55, but they can occur at a younger age. These uncommon illnesses affect less than 1 % of the population; the incidence is about equal in men and women. Typically chronic, these disorders often interfere with social and marital relationships but seldom impair intellectual or occupational functioning significantly.

Certain medical conditions are known to exaggerate the risks of delusional disorders: head injury, chronic alcoholism, deafness, and aging. Predisposing factors linked to aging include isolation, lack of stimulating interpersonal relationships, physical illness, and diminished hearing and vision. In addition, severe stress (such as a move to a foreign country) may precipitate a delusional disorder.

The presence of non-bizarre delusions is the most obvious symptom of this disorder. Other symptoms that might appear include:

Patients with delusional symptoms should undergo a thorough physical examination and patient history to rule out possible organic causes (such as dementia). If a psychological cause is suspected, a mental health professional will typically conduct an interview with the patient and administer one of several clinical inventories, or tests, to evaluate mental status

Effective treatment of delusional disorders, consisting of a combination of drug therapy and psychotherapy, must correct the behavior and mood disturbances that result from the patient’s mistaken belief system. Treatment also may include mobilizing a support system for the isolated, aged patient.

Drug treatment with antipsychotic agents is similar to that used in schizophrenic disorders. Antipsychotics appear to work by blocking postsynaptic dopamine receptors. These drugs reduce the incidence of psychotic symptoms, such as hallucinations and delusions, and relieve anxiety and agitation. Other psychiatric drugs, such as antidepressants and anxiolytics, may be prescribed to control associated symptoms.

High-potency antipsychotics include fluphenazine, haloperidol, thiothixene, and trifluoperazine. Loxapine succinate, molindone, and perphenazine are intermediate in potency, and chlorpromazine and thioridazine are low-potency agents. Haloperidol decanoate, fluphenazine decanoate, and fluphenazine enanthate are depot formulations that are implanted I.M. and release the drug gradually over a 30-day period, improving compliance.

Clozapine, which differs chemically from other antipsychotic drugs, may be prescribed for severely ill patients who fail to respond to standard neuroleptic treatment. This agent effectively controls a wider range of psychotic symptoms without the usual adverse effects.

However, clozapine can cause drowsiness, sedation, excessive salivation, tachycardia, dizziness, and seizures, as well as agranulocytosis, a potentially fatal blood disorder characterized by a low white blood cell count and pronounced neutropenia. Routine blood monitoring is essential to detect the estimated 1 % to 2% of all patients taking clozapine who develop agranulocytosis. If caught in the early stages, the disorder is reversible.

Effective means of prevention have not been identified.