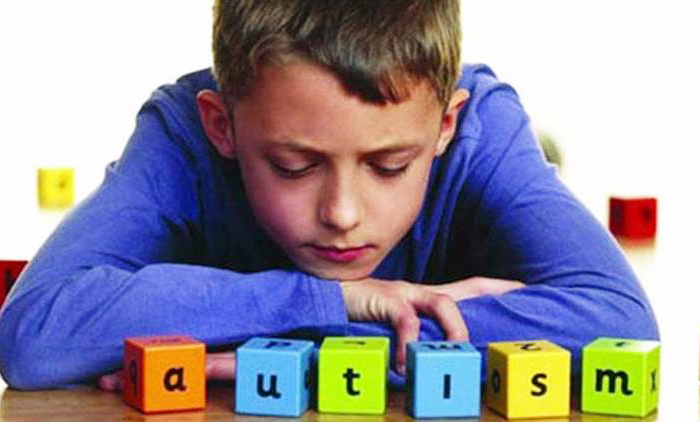 Autistic disorder is a severe, pervasive developmental disorder marked by unresponsiveness to social contact, gross deficits in intelligence and language development, ritualistic and compulsive behaviors, restricted capacity for developmentally appropriate activities and interests, and bizarre responses to the environment.

The disorder usually becomes apparent before the child reaches age 3, but in some children the actual onset is difficult to determine. Occasionally, autistic disorder isn’t recognized until the child enters school. when his abnormal social development becomes obvious.

Autistic disorder is rare, affecting 4 to 5 children per 10,000 births. It affects four to five times more males than females, usually the firstborn male. Although the degree of impairment varies, the prognosis is poor and most patients require a structured environment throughout life.

The causes of autistic disorder remain unclear but are thought to include psychological. physiologic, and sociologic factors. Previously, it was thought that most parents of autistic children were intelligent, educated people of high socioeconomic status; recent studies suggest that this may not be true.

The parents of an autistic child may appear distant and unaffectionate toward the child. However, because autistic children are clearly different from birth, and because they are unresponsive or respond with rigid, screaming resistance to touch and attention, parental remoteness may be merely a frustrated, helpless reaction to this disorder, not its cause.

Some theorists consider autistic disorder related to early under stimulation that causes the child to seek contact with the world through self-stimulating behaviors or consider it related to overwhelming over stimulation that leads to regression, muteness, and unresponsiveness to external stimuli. Controlled studies haven’t confirmed this etiology.

Recent studies have pointed to an association between neurobiological factors and autism. Defects in the central nervous system that may arise from prenatal complications (such as rubella or phenylketonuria), high maternal stress in the first trimester, and genetic factors appear to playa role in the development of autism.

The difficult and prolonged treatment of autistic disorder must begin early, continue for years (through adolescence), and involve the child, parents, teachers, and therapists in coordinated efforts to encourage social adjustment and speech development and to reduce self-destructive behavior.

Treatment may take place in a psychiatric institution, in a specialized school, or in a day-care program, but the current trend is toward home treatment. Helping family members to develop strong one-on-one relationships with the autistic child commonly initiates responsive, imitative behavior. Because family members tend to feel inadequate and guilty, they may need counseling.

Until the causes of infantile autism are known, prevention isn’t possible.